How to Start a Business in a Competitive Market

Editor’s note: This guest post was written by Jonathan George, founder and former CEO of Boxcar.io — the first push-notifications-as-a-service platform for iOS - which he recently sold to Kwaga

A few years too late or maybe just a few months. Either way, you're already running behind someone else. They've learned a few things that work and some things that don't.

Your natural reaction is to look at what they've built and start to build it yourself, too. All of it. Every little feature, you think you need to match.

Stop worrying about playing catch-up with the other people in your market. Forget all of the extra bells and whistles that they each have. You have limited resources and you'll just spend forever chasing instead of pushing the entire market forward.

Focus on the core problem, release and expand outward from there. The rest of the functionality will define itself as you become more intimately familiar with the problem domain you're working in. 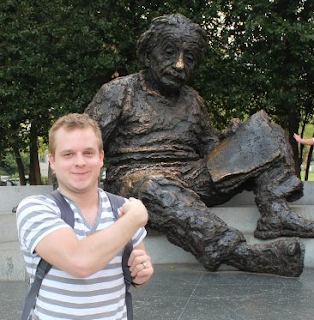 In the 2002 film "Nickolas Nickelby", based on the book of the same name by Charles Dickens, an amazingly brief scene shows us the...

Share this on Google Plus and receive the instant, glorious praise of thy people.

Hi, I'm Barry Welch, a software developer and entrepreneur with a tiny bit of experience to share about creating profitable startups. A quick bio.

You Should Add Me to Your Circles on Google Plus


I recently attended BaconBizConf in Philadelphia hosted by Amy Hoy and Thomas Fuchs. It was brilliant!

I work as a web developer in Wichita, KS, wherein I ply my software engineering trade, primarily Ruby/Rails and iOS. I've recently started a seo service in Wichita as well, along with my brand new signature maker app called Online Signature Creator (clever name, right?). At night, I am an entrepreneur and a daddy. I push myself hard every day.


I wrote a simple guide for you called The Progress Factory. Its a quick read and an incredibly valuable framework for creating progress, especially if you're a part-time boostrapper who believes you need more motivation than you have now.